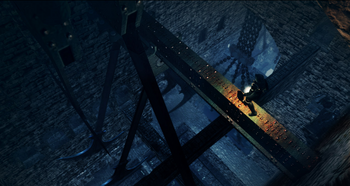 Traps are a gameplay element that can be encountered throughout the Dark Souls series.

Traps can be triggered by the player and are usually in the form of large, heavy, objects that can be dodged. By carefully leading enemies, traps can often be used to the advantage of the player.

Traps are not encountered very frequently throughout the World of Dark Souls, but most notably in Sen's Fortress.

Retrieved from "https://darksouls.fandom.com/wiki/Traps?oldid=306168"
Community content is available under CC-BY-SA unless otherwise noted.