The Duke's Dear Freja is a gigantic two-headed spider fought in Brightstone Cove Tseldora. She is a guardian of one of the Primal Bonfires. Unusually, despite being one of the four main bosses of the first half of the game, she does not wield a Great Soul, only guards it.

She was most likely the pet of Duke Tseldora who was fascinated by spiders. In Lord's Private Chamber the player can find a small cage with torn hole in it, likely the place where the Duke kept her. At some point Freja become host of a mysterious entity called the Writhing ruin that grew in power, feasting on the wealth of twisted souls found in the land. This was most likely the thing that caused her transformation into her current form.

Normally fought at the end of Brightstone Cove, from NG+ onward the Duke's Dear Freja can be encountered and fought early at the cliff just outside the cave leading into the church where the player fights the Prowling Magus. It is possible, although extremely difficult, to defeat her here, due to her quickly leaving the area should she not be dispatched in time. Any damage done here will carry across to the actual battle, but caps at 50%.

Note that she only appears here the first time the player passes through and the difficulty is further increased by the three peasants that will engage while fighting her. Additionally, respawning her through the use of a Bonfire Ascetic will not cause her to appear here.

The Duke's Dear Freja will only take damage when attacking either head found on both ends of her body. Hitting any other portion will simply cause the player's weapon to bounce off. Caution must be taken when approaching these spots as most of her attacks occur at her head areas. The heads are also quite hard to hit with a melee weapon but, fortunately, the lock-on system automatically targets them.

Slower characters can stay in the area right under either leg that is beside Freja's head(s) and move in while she recovers from her attacks. It will be easy to bait her into doing her close-range attacks from here and with a long enough recovery time to get in one ultra greatsword swing and then roll away. In this area, players are safe from most of her attacks, except for her jumping attack and her acid attack (her front legs slam down close to her body so the player should move further to her side).

If the character is fast enough, it is possible to defeat Freja by continually baiting her beam attacks. Stay at long range to trigger the ether stream, then run toward the opposite head along the character's right side while she is attacking to deal damage. Move back out to long range after attacking, then rinse and repeat.

Many smaller spider minions also continually attack the player during the fight. They are easy to kill but, if left unattended, can do massive damage from behind, so killing them first is a good idea. Once all the spiders have been eliminated, there will be a short delay before another wave spawns. Use this opportunity to attack Freja.

It is possible to sever a head during combat if it takes enough damage. During this time, Freja will be staggered for a second or two, then slam all of her legs into the ground repeatedly. It is advisable to move out of her range when this occurs.

In Scholar of the First Sin, one can make this fight significantly easier by holding a torch in one of their hands. This will prevent Freja's parasite spiders from attacking them.

A phantom, Ashen Knight Boyd, can be summoned for this fight. His summon sign is located next to a column beneath a spider web on the opposite wall of the fog door. He makes the fight much easier, as he will easily defeat the first wave of smaller spiders and keep the boss busy for a good portion of the fight. He also has very high defense for not having a shield and will thus last a long time during the boss fight.

In SotFS, Manhunter O'Harrah's summon sign can be found in the hall of spiders preceding the webbed pit.

Leg Slam: Freja slams her two large front legs on the ground. Powerful, but small hitbox. Simply dodge or run away from her face.

Jaw Swipe: Freja rears back and spreads her large pincers and lunges forward for a wide horizontal attack. Run to her side to avoid.

Jump Slam: Freja jumps into the air and falls down in an attempt to land on the player. Can sometimes be difficult to avoid due to her large body.

Lunge Attack: Freja rears up high into the air and thrusts quickly forward with her body. Run to her side to dodge her attack, but stay away from her head.

Web Spit: Freja spits out balls of web that immobilize the player. When hit, the player will lose a massive amount of maneuverability.

Frenzy Attack: Freja spits out multiple splatters of acid from any of her heads, which depletes armor durability and does minor damage, while constantly slamming all of her legs on the ground for a time. Getting away from her completely is advised.

Beam Attack: Freja fires a deadly beam of magic horizontally from left to right. It deals extremely high damage as well as being unblockable. It is possible to roll under/through the beam with the use of invincibility frames. The most effective tactic is to recognize the set up, then run to the opposite head to negate and deal damage. 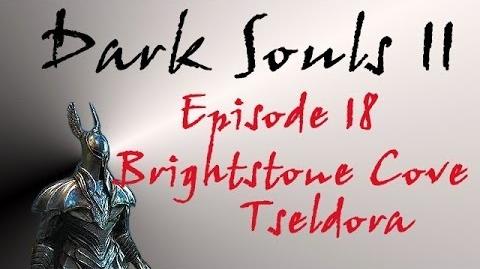 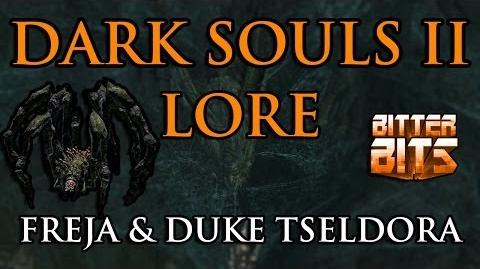 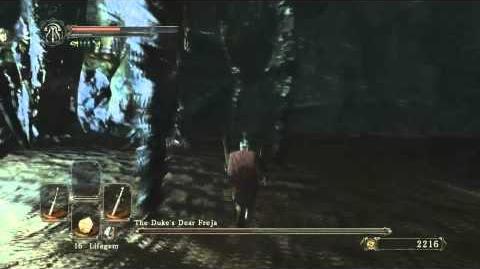 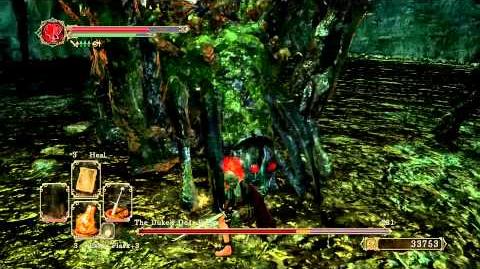 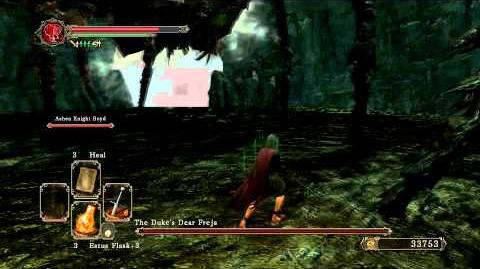