Not to be confused with Counter attacks.

Stagger is a gameplay mechanic in Dark Souls.

Stagger damage refers to the bonus damage received or dealt when the subject is in a staggered state, indicated by a flash of green light on contact. All damage taken by a staggered opponent is increased by 40%.

Inflicting stagger damage can be achieved in the following ways:

The attack must be carried out in a relatively small window of time, which can vary depending on the enemy, for the damage bonus to take effect. 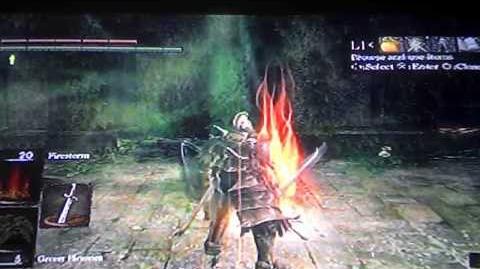 Stagger Damage
A video demonstrating Stagger Damage
Add a photo to this gallery
Retrieved from "https://darksouls.fandom.com/wiki/Stagger_Damage?oldid=327834"
Community content is available under CC-BY-SA unless otherwise noted.