Memory of the Old Iron King

Steel-willed Lorrie and Drifter Swordsman Aidel can be summoned for this battle. Their summon signs are right at the entrance of the memory.

Sir Alonne is a wandering swordsman and formerly the Iron King's right-hand man. Alonne came from the east and chose to serve the Iron King and help establish his own kingdom. When the Iron King was at the peak of his rule, Sir Alonne left him to travel the lands for an unknown reason. For his service the Iron King bestowed Alonne's name to his knights.

The player battles Sir Alonne in a large room with plenty of space to move around. He attacks with several different strikes and dashing attacks from long distances, and a move similar to Dark Greatsword. He wields the Bewitched Alonne Sword.

Gliding Slash: Sir Alonne will hop backwards once or twice. Note that if the player is standing behind him this will cause damage. Alonne will then glide across the floor and bring his sword in a diagonal upwards slash. This move has two variants: the first is a faster sword slash and shorter glide, while the second is a much slower slash with a longer glide. The timing on the second can be deceptive to the player, especially if he/she is expecting the faster variant.

Gliding Stab: Has a similar tell to the gliding slash: Sir Alonne will hop backwards then execute a stab attack. This attack drains a lot of stamina if blocked.

Dark Sword: Similar to Dark Greatsword. If the player is some distance from him, Sir Alonne will unleash several horizontal waves which cause magic damage upon impact.

Impale: Sir Alonne will charge up for a moment before lunging towards the player, impaling him/her with his sword if he connects. This is a grab attack and therefore cannot be blocked. The attack drains health from the player and buffs Alonne's sword for roughly 40 seconds.

Parry and Riposte: Similar to The Lost Sinner, Sir Alonne will sometimes change the way he holds his sword, almost appearing as though he is attempting to block. Should the player attempt to attack him in this pose, Sir Alonne is able to parry and then riposte the player, dealing a large amount of damage.

Kick: He will kick the player if he/she is constantly shielding oneself. High stamina drain.

Sir Alonne awaits the next challenger in his boss room. 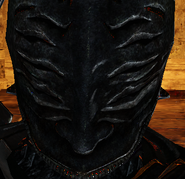 Close-up of Sir Alonne's helmet.
Add a photo to this gallery 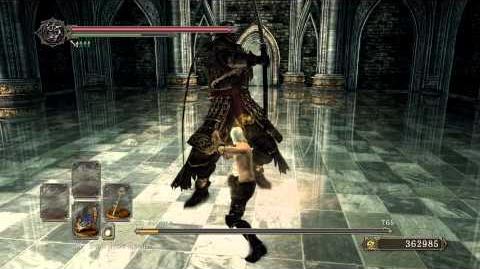 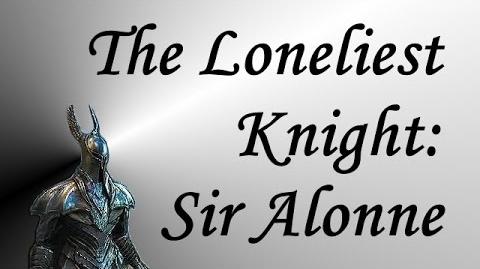 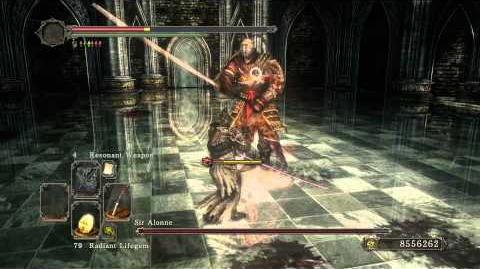 Retrieved from "https://darksouls.fandom.com/wiki/Sir_Alonne?oldid=319336"
Community content is available under CC-BY-SA unless otherwise noted.