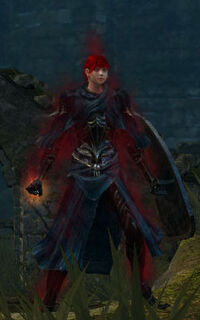 Not to be confused with Weapon Augmentation.

Self Augmentation, also known as buffing, is a gameplay mechanic in Dark Souls.

Self Augmentations, which can also be thought of as positive status effects, are temporary changes to the self that boost power and abilities. They can be granted by casting spells or using items, which last for their duration, or by wearing certain equipment, which last until they are removed.

In the case of spells and most items, augmentations cannot be canceled and only one can be active at a time. One must wait for the active augmentation to expire before applying a different one. However, it is possible to stack those with a limited duration with those that are gained by equipment.

Effects are wide-ranging and are almost always wholly positive, although some come with added drawbacks like the pyromancy Power Within, which drains health overtime, and the Red Tearstone Ring, which only activates when health is below 20%.

Self Augmentations often add some sort of visual change or aura to the user and might also display an icon below character health and stamina.