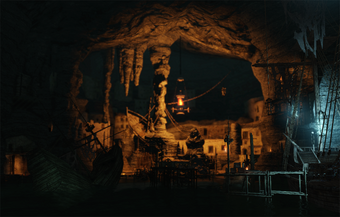 No-man's Wharf is a location in Dark Souls II.

No-man's Wharf is a dilapidated harbor and village shrouded in darkness and populated with hollowed warriors and monstrous Dark Stalkers. It is accessible via Heide's Tower of Flame once the Dragonrider boss has been defeated.

The area is fairly large and the severe amount of enemies and lack of bonfires means that a player will likely need two weapons or some Repair Powder to successfully make it to the boss. There is, however, a shortcut that can be unlocked which makes it easier to access the area's boss (only in Scholar of the First Sin). 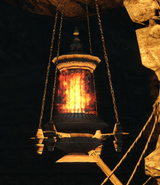 The Bearer of the Curse departs for The Lost Bastille
Polski
Community content is available under CC-BY-SA unless otherwise noted.
Advertisement