"Brave Undead, you have proven yourself to me. Now, be one, with the Dark..."
— Nashandra

Nashandra is the final boss and main antagonist of Dark Souls II.

Throne of Want, after defeating the Throne Watcher and Defender, and having the Giant's Kinship in the player's possession. The King's Ring is also required to open the King's Gate that leads to Nashandra.

A tall humanoid creature wielding a long scythe in her right hand. Her left hand emanates a purple light that can become an energy beam or cause an explosion when she puts it near her chest. Her legs are covered by a skirt made of a black goo filled with bones. She can also summon four black fountains that curse those who stand near them. She can speak and can change into a more human, yet still gigantic, form.

Nashandra began her life as a small fragment of Manus, Father of the Abyss. When Manus was defeated, he was reborn as many fragments varying in sizes. Nashandra was the smallest fragment, and because of this, it was the first to become conscious and started to want what it did not have: power.

Nashandra traveled to the land of Drangleic, where she seduced King Vendrick. She warned Vendrick of a looming threat beyond the sea: the Giants. She convinced Vendrick to invade the land of the giants and to claim an artifact of great power. Using this artifact, Vendrick created the Golems, which he used to build Drangleic Castle. After this, and under the leadership of Vendrick and Nashandra, Drangleic went into a Dark-like peace.

After an unknown period of time, the giants, driven by rage and vengeance, invaded Drangleic to reclaim what Vendrick stole from them. They laid siege to Drangleic in a war that lasted for generations, but were ultimately defeated when the Giant Lord was vanquished by an unknown hero. Despite this victory, Drangleic had been reduced to rubble and was now beset by the plague of the undead. Vendrick tried desperately to find a way to save his kingdom, banishing the undead to far-off lands and working to find a way to cure the undead plague. Eventually, he came to realize the true nature and identity of Nashandra, and that she coveted the Throne of Want. Knowing that his time was short and that his queen had to be stopped, Vendrick created several impasses that would prevent Nashandra from seizing the throne, and sealed himself away in the Undead Crypt. This left Nashandra the sole ruler of Drangleic.

Once the Bearer of the Curse has finally cleared the way to the Throne and acquired the means to access it, Nashandra will stand ready to usurp their quest and claim the throne for herself.

Nashandra specializes in dark magic and will immediately summon four Curse-inducing "fountains" once the battle starts. She has two methods of attack in addition to inflicting Curse on your character and eating away at their health:

Scythe: She will swing her scythe sideways one, two, or three times (the third having a slightly longer windup and dealing heavy stamina damage on block), or do an overhead swing with a long recovery time. Her scythe swings can easily stagger characters with low adaptability and poise. Rolling diagonally backwards is the most effective way at dodging both of these attacks when close to her.

Dark Magic: She will either fire a beam that starts on the floor close to her and emits outward from the floor vertically, which can easily be avoided by strafing, or execute a small area of effect attack similar to Wrath of the Gods. If she begins casting and her body is not being covered in dark energy, then she will use the beam; otherwise, it is the area-of-effect attack and you must back away. If you look closely, you will also notice that her hand movement is different for each attack (she draws her hand close to her chest when using Wrath of the Gods). She also has another type of beam which sweeps horizontally, so be aware of the direction of the beams as these beams are usually fatal when combined with the health drain.

For melee characters it is also possible to equip light armor and dodge her attacks, ignoring the Curse buildup and only healing when your health starts draining. Also a good method for melee users is to wait at a distance for her to come towards the player, baiting her away from the four curse fountains. The curse fountains can be broken, stopping the curse buildup and health drain.

Summoning help will make the fight easier, even if it's only the two characters Vengarl of Forossa and Benhart of Jugo, as they will draw attention, leaving you with a good amount of room to deal damage and heal as needed.

An effective strategy if one has pyromancies is to stay far away until she fires her vertical "laser", then simply lobbing flame attacks at her.

Nashandra as she appears in the game 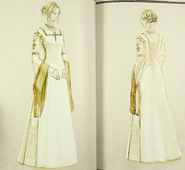 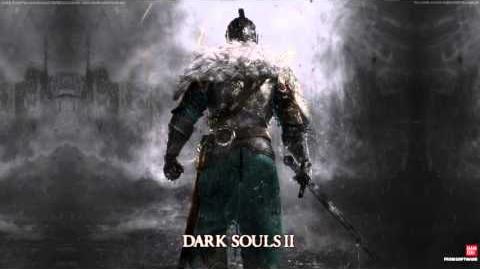 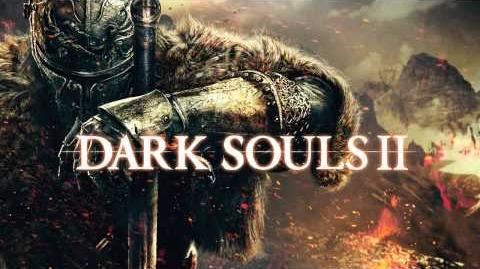