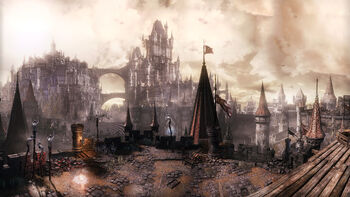 The High Wall of Lothric is a location in Dark Souls III.

Accessible immediately after discovering Firelink Shrine, the High Wall serves as the perimeter of the city of Lothric, and will have the player navigating and fighting through its fortifications. The player begins at the summit of the wall, and will work their way downstairs until they reach the courtyards below.

Caution is highly advised when traversing the wall. Enemies are usually lying dormant or hidden behind walls and objects, ready to ambush the unwary. A wyvern appears early on, and will serve as a fire-breathing obstacle. Several Lothric Knights and a Winged Knight also patrol the area, and will prove to be formidable opponents for new players.

Towards the end of the area, the player will encounter High Priestess Emma, who grants them the Small Lothric Banner and Way of Blue covenant. 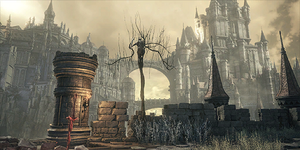 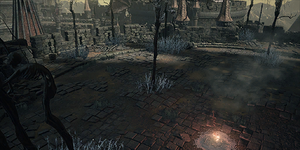 Tower on the Wall 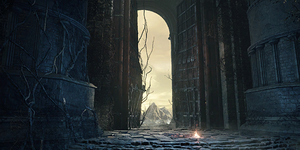 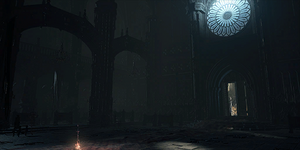 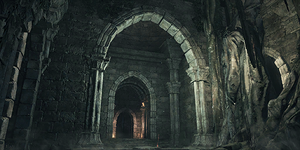 The pathway near the first bonfire in the High Wall as it appears in one of the leaked screenshots before the game was announced.

A darker version of the same pathway, possibly the mid/late-game transition.

As it appears in the final game. 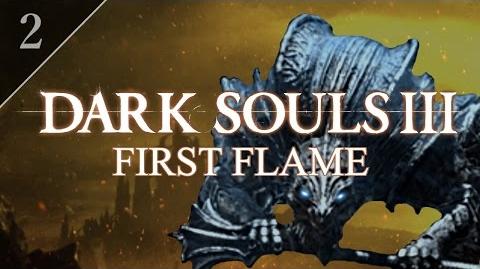 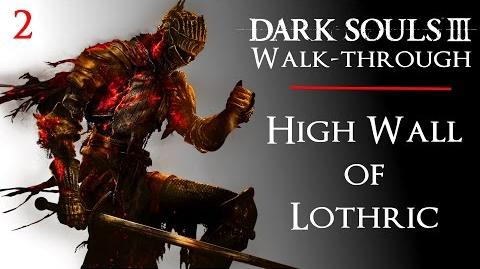