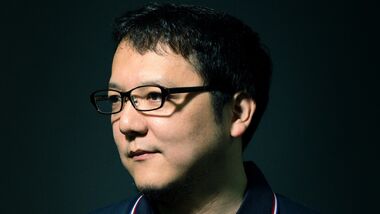 Although Miyazaki had directed the first two games in the series, Miyazaki took a supervising role for Dark Souls II due to the parallel development of Bloodborne, which made him unable to direct both titles simultaneously. After the release of Bloodborne, Miyazaki returned to the Souls series as the lead director on Dark Souls III.

After graduating, Miyazaki went to work for the US based Oracle Corporation. Upon a friend's recommendation, Miyazaki began playing the 2001 video game Ico, causing him to consider a career change to a game designer. At age 29 however, Miyazaki found that few game companies would employ him, one of the few that would was FromSoftware, where Miyazaki began working on the Armored Core series. Upon learning about what later became Demon's Souls, Miyazaki became excited at the prospect of the title and offered to help. Although the game sold poorly at first, it began to pick up after a few months and soon found publishers willing to release the title outside Japan. After the release of the game's spiritual successors, Dark Souls and Dark Souls II, Miyazaki was promoted to the position of president in 2014.

After the release of the Prepare to Die Edition of Dark Souls in August 2012, Sony Computer Entertainment approached FromSoftware concerning cooperative development on a new title. Miyazaki asked about the possibility of developing a game for eighth-generation consoles and the concept of Bloodborne developed from there. There were no story or setting connections to FromSoftware's previous titles, even though Miyazaki conceded that it "carries the DNA of Demon's Souls and its very specific level design". Development ran parallel to that of Dark Souls II, which Miyazaki simply supervised as he was unable to direct both titles simultaneously. After the release of Bloodborne in March 2015, Miyazaki returned to the Souls series as the director on Dark Souls III, with assistance from Steel Battalion: Heavy Armor and Dark Souls II directors Isamu Okano and Yui Tanimura, respectively. Dark Souls III was released in Japan in March 2016 and worldwide in April 12th of the same year. 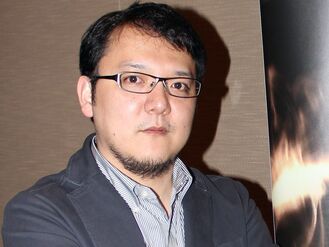 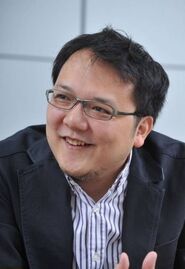 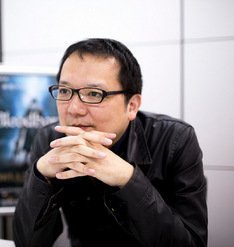 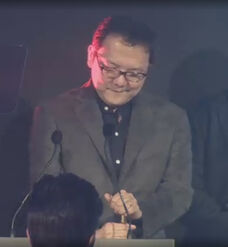 Retrieved from "https://darksouls.fandom.com/wiki/Hidetaka_Miyazaki?oldid=319437"
Community content is available under CC-BY-SA unless otherwise noted.