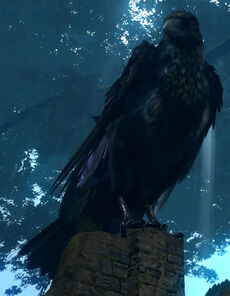 The Giant Crow is a minor character in Dark Souls and can be found in Firelink Shrine throughout all of the story.

The Giant Crow is a mysterious entity that transports the Chosen Undead from the end of the Undead Asylum to Firelink Shrine in Lordran.

Beyond this, no further interaction can be made with the Crow. 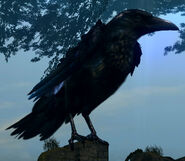 Add a photo to this gallery
Retrieved from "https://darksouls.fandom.com/wiki/Giant_Crow?oldid=323763"
Community content is available under CC-BY-SA unless otherwise noted.