watch 01:45
Who is Furtive Pygmy?
Do you like this video?
Play Sound 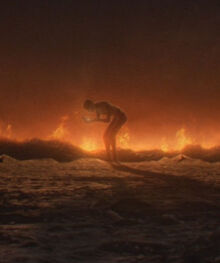 The Furtive Pygmy is a mentioned character in Dark Souls and one of the original Lords in the Dark Souls universe.

Unlike the other Lords, the form of the Pygmy is almost impossible to perceive in the opening cutscene, and it is the only time they are visible. What can be seen is the form of a bald human figure, physically indistinguishable from a modern human.

The Furtive Pygmy was one of the Lords, those four beings who found the manifestations of disparity near the First Flame. The Pygmy found a unique soul, the Dark Soul and claimed it. Using this Lord Soul, they fragmented it in order to create the race known as Humanity.

The Pygmy's role in the war against the Everlasting Dragons, or even if they participated, is unknown, though there were indeed humans who fought alongside Gwyn's forces during the war.

After the Gods' victory, Gwyn gifted the Pygmy warriors a place at the literal edge of the world, known as the Ringed City. He also gave them his youngest daughter, Filianore, promising he would come for her[1]. As long as Filianore sleeps, the Ringed City will remain pristine.

What occurred between then and the first fading of the Flame is not exactly clear, and the final fate of the Pygmy is uncertain, as he is no longer featured in history after those events mentioned.

According to Kaathe, the Primordial Serpent, the Pygmy had foreseen the Age of Dark at the end of the Age of Fire. Fearing the Dark and Humanity, Gwyn sacrificed himself to rekindle the First Flame and forcibly began a new Age of Fire.

By the time of Dark Souls, the Furtive Pygmy is all but forgotten by the world, though some are still aware of their origins. In Dark Souls II, the group known as the Pilgrims of Dark appear to worship a Dark Lord of some sort, though it is never stated if this refers to the Furtive Pygmy.

While the First Flame can be linked, the amount of time each Link gives to an Age of Fire is unknown; this is partially the reason that Lothric refused to participate: the Age of Dark being inevitable. It is unclear what state the world will take when Dark finally settles or if that was truly the desire of the Pygmy; except for implications of a cold, still and quiet world, restive even as embers flicker in the distance that will one day reignite into a new Flame.

They are only ever mentioned indirectly by Darkstalker Kaathe, leader of the Darkwraiths, who resides in the Abyss formed in New Londo. According to Kaathe, the Furtive Pygmy planned to use the Dark Soul and its power to bring about the Age of Dark. This task is then passed on by Kaathe to the Chosen Undead, a distant descendant of the Pygmy.[2] If complied with, Kaathe and several other Primordial Serpents - including Frampt - will bow in respect to the new Dark Lord.

Retrieved from "https://darksouls.fandom.com/wiki/Furtive_Pygmy?oldid=337405"
Community content is available under CC-BY-SA unless otherwise noted.