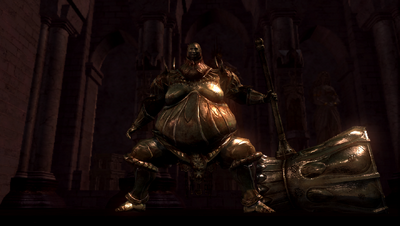 This article is about the character. For the boss, see Dragon Slayer Ornstein and Executioner Smough.

He was Anor Londo's executioner and one of Gwynevere's guards. Despite his power and desire to become a Knight of Gwyn, he was rejected,[1] but eventually he remained in the city alongisde Dragon Slayer Ornstein to guard the cathedral and Gwynevere. He held his post even after Ornstein left the cathedral in search for the Nameless King, remaining the last of Gwyn's old men to do so.[2][3]

Smough relished his title as executioner, so much so that he ground the bones of his victims into his feed.[1] He desired to be a part of Gwyn's Knights, but was rejected due to his apparent gleeful love of his work as an executioner as well as his cannibalistic behavior.[1]

Smough was one of the few living beings left who seemed present in Anor Londo, stationed there alongside Dragon Slayer Ornstein to guard Gwynevere, Princess of Sunlight.

When Ornstein left in search of the Nameless King,[4] Smough remained guarding the ruined cathedral,[2][3] and was ironically, despite his unholy position as executioner, the last knight of any kind of status to do so.

In Dark Souls III it is implied that Smough was in the end defeated and maybe even consumed by Aldritch, Devourer of Gods. The player can buy Smough's Set after defeating Aldritch in Anor Londo's cathedral, and Smough's Great Hammer is found in the sewer of Irithyll. 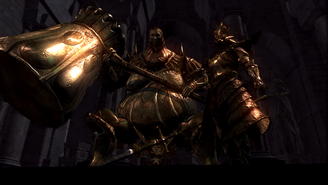 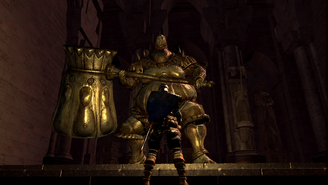 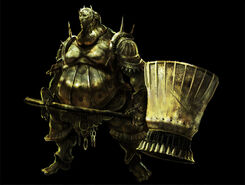 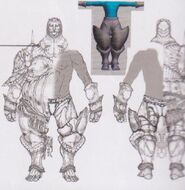