Two-handed Strong Attack sends out a powerful shockwave down a narrow corridor at the cost of 30 durability.

The Drake Sword is a straight sword in Dark Souls.

This Sword, one of the rare dragon weapons, is formed by a drake's tail. Drakes are seen as undeveloped imitators of the dragons, but they are likely their distant kin.

The sword is imbued with a mystical power, to be released when held with both hands.

The Drake Sword is obtainable in the Undead Parish. To obtain the sword, the player must deal enough damage to the Hellkite Dragon's tail to sever it, placing the sword in their inventory. One method of doing this is to stand on the right side of the bridge under the drake and shoot its tail with a bow. Depending on the character's Dexterity, this may take many shots or only a few. The tail will respawn, but the sword can only be obtained once per playthrough.

The Drake Sword is powerful compared to other weapons found in the very early game, but has no parameter bonuses. Therefore, it will gradually get weaker and weaker in comparison to conventional weapons throughout the game, even when upgraded. Typical players are best served by swapping to a +5 standard weapon as soon as they can afford the upgrade, while it is largely superfluous to skilled players.

The damage of this weapon is fixed and only increases when reinforced or buffed by an outside effect. When wielded with both hands, the strong attack unleashes a ranged vertical cleave (similar to a smaller version of the Stormruler from Demon's Souls) at the cost of 30 weapon durability. Frequent use of this technique can quickly break the sword.

Like most dragon weapons, the Drake Sword cannot be enchanted. It grants 20 points of Flame and Magic Defense when wielded. This effect remains active when in the off-hand and two handing a weapon in the right. 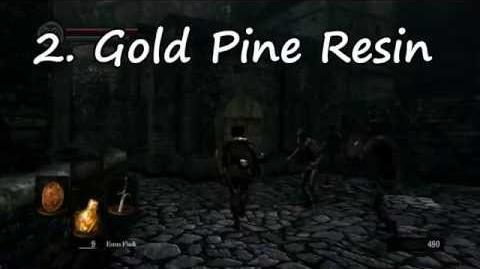 Dark Souls How to get Drake Sword (Guide, no bow) 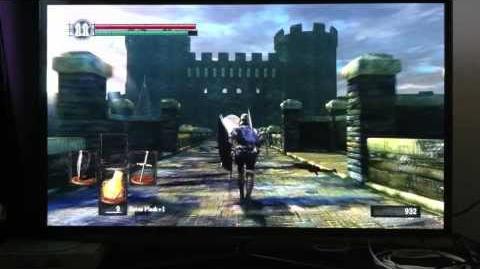 New way to get the Drake Sword
Getting the Drake Sword through melee attacks
Add a photo to this gallery
Retrieved from "https://darksouls.fandom.com/wiki/Drake_Sword?oldid=323809"
Community content is available under CC-BY-SA unless otherwise noted.