Edit
watch 02:32
'Dark Souls II' Lore - Demon of Song
Do you like this video?
Play Sound

The Demon of Song is found in the Shrine of Amana. It resides in a large and partially flooded arena.

A giant, grotesque frog demon with a long tail. It has a skull-like face and two arms protruding from its mouth. Upon entering the boss area the player will find the Demon of Song sitting and waiting, as if to lure prey in. The face will use its arms to pull the upper jaw of the frog body down to protect the face from harm.

The Demon of Song's origins are unknown but it was originally sealed inside the Shrine of Amana due to it developing a taste for human flesh. However, after the priestesses tasked with maintaining the seal died or became hollow, the demon was able to escape its prison. Its name comes from its ability to mimic the song of the Milfanito, in order to lure prey into its lair.

Felicia the Brave can be summoned for the fight. However, her sign is a long distance from the fog gate; just before the third bonfire. It's a good idea to clear out the area before summoning her.

In Scholar of the First Sin, it is possible to summon Lone Hunter Schmidt as a shade to help with this boss fight, provided that the area between the boss room and his summon sign is cleared. His summon sign is in the last building in the water before the Rhoy's Resting Place bonfire.

The Demon of Song is near impervious to damage and only its face and arms can be damaged. When it attacks, it emerges from the frog skin momentarily and becomes vulnerable to damage. A good strategy here is to skirt around either its left or right side and wait for it to attack, then go in and hit it as it recovers from its attacks. Simply rinse and repeat, and try to avoid its attacks as best as possible, as they are highly damaging.

A ranged character will have a much easier time with this fight. The player is able to let loose three shots with a standard bow right after coming through the fog gate. Then running up to the boss and standing right in front of it will bait it to attack with its hands, allowing for further attacks.

Because the arena is partially flooded with water, the Demon of Song is weak to Lightning damage and resistant to Fire.

Torpedo Drive: An attack that makes the Demon charge forward in a straight line. It remains in its skin so no damage can be caused to it. Causes high damage if it connects.

Arm Slap: The Demon's most basic attack, it opens up its skin and does an overhead attack with its left hand, followed by its right hand.

Panzer Press: The Demon stands up on its hind legs and then falls forward. Small AoE damage when it lands.

Vertical Takeoff: The Demon jumps up into the air and slams into the ground. This attack has good tracking.

Aquatic Artillery Salvo and Barrage: The Demon spits out balls of water at the player. This varies based on the distance between the player and it. At close range it will just spit out one volley, while at long range it will launch a volley to the left, then the middle, and finally to the right.

Amphibious Assault-: The Demon has a grab attack with a wind up similar to the Arm Slap, does very high damage and will likely kill. 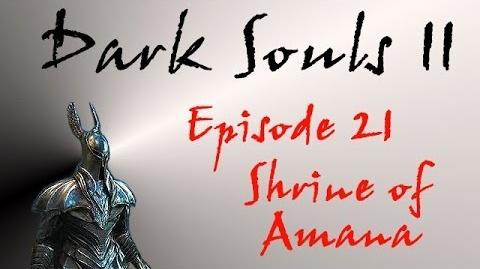 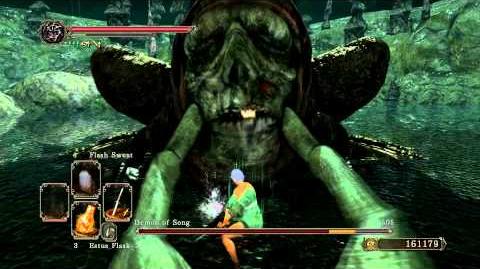 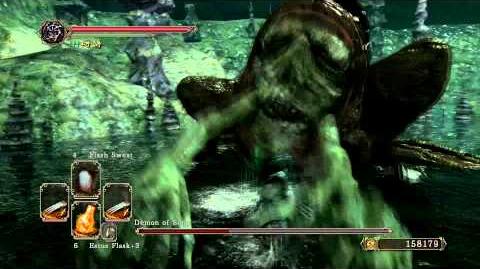 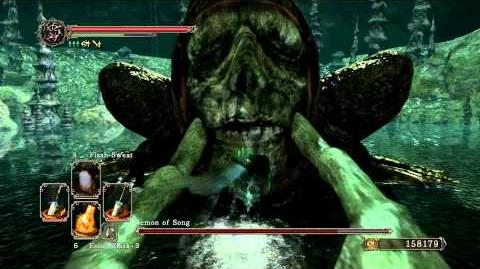