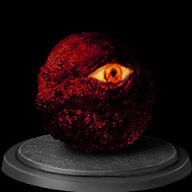 The Darkwraith covenant is a PvP-oriented covenant in Dark Souls. Darkwraiths seek to invade other worlds to steal humanity.

The player must place the Lordvessel for Kaathe instead of Frampt. The player could also speak to Kaathe and choose the "warp" option. After arriving at Firelink Altar, the player can then, instead of placing the Lordvessel, return to the Abyss and join the covenant while still keeping both serpents in the player's service.

Accessing the Darkwraith covenant requires a few more steps than the others, as one must be able to speak with Kaathe. In order to access Kaathe, the Covenant of Artorias ring is required (obtained from killing the Great Grey Wolf Sif), as well as the Key to the Seal (obtained from Ingward) and defeating the Four Kings.

After defeating the Four Kings, Kaathe should appear if the player has not placed the Lordvessel for Frampt. Answering "Yes" to his question will make him transport the player to the Firelink Altar. Speaking to him again in the Abyss, after this event, will allow the player to join the Darkwraiths.

Humanities are offered to Kaathe to gain ranks in the Darkwraith Covenant.

Kaathe, leader of the Darkwraiths
Add a photo to this gallery

Retrieved from "https://darksouls.fandom.com/wiki/Darkwraith_(covenant)?oldid=323921"
Community content is available under CC-BY-SA unless otherwise noted.