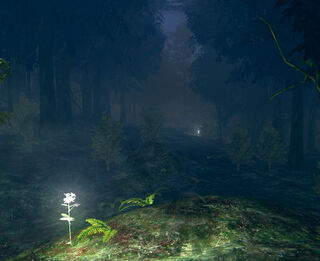 Darkroot Garden is a location in Dark Souls.

The garden is usually accessed early in the game by heading downstairs from Blacksmith Andre in the Undead Parish. It is also possible to enter from Darkroot Basin, but this requires heading through very dangerous territory for a low-level character.

The area beyond the sealed door, requiring the Crest of Artorias is often referred to as "Darkroot Forest", or "PvP Forest" by the Dark Souls community, for its high amount of Player versus Player combat.

The forest contains more dangerous enemies than other parts of the area and holds the gate to the area's boss, Great Grey Wolf Sif. One side of the forest is also home to character members of the Forest Hunter covenant, including the covenant's leader, Alvina of the Darkroot Wood. 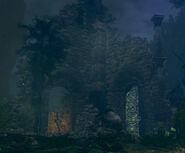 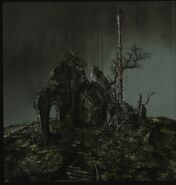