Edit
watch 02:47
Dark Souls II Scholar of the First Sin - Forlorn Hope Trailer
Do you like this video?
Play Sound

It was released specially on Steam on April 2nd, 2015.

This version includes the three previously released DLC packs: Crown of the Sunken King, Crown of the Old Iron King, and Crown of the Ivory King. All versions of the game include the following features. Existing Dark Souls II owners will receive a patch to implement these elements:

Xbox One, PS4 and DirectX 11 versions of the game include the following features in addition to those listed above:

A free update was released to all Dark Souls II players on February 5th, 2015, bringing gameplay enhancements and new story elements to prepare for the Scholar of the First Sin scheduled maintenance for this update (Xbox 360, PS3, Steam):

The following are just some of the additions - see the official Bandai Namco tumblr for full details.

A preview trailer was released on November 25th 2014 that showed various aspects of the game and DLCs.

Beyond the scope of Light...
Beyond the reach of Dark...
What could possibly await?
And yet we seek it... insatiably.
Such is our fate.
One drowned in poison.
Another succumbed into flame.
Still another slumbers in the realm of ice.
Not one of them stood here, as you do. 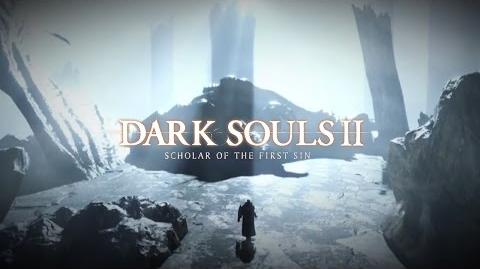 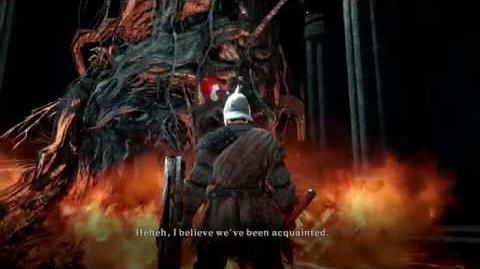