PS3, Xbox 360 and PC
Dark Souls is a video game developed by From Software. The game has been published on the PlayStation 3 and Xbox 360 by Namco Bandai Games.

It was previously developed under the codename Project Dark and is the spiritual successor to Demon's Souls.[2] It also uses an updated variant of said game's engine.

Dark Souls focuses on dungeon exploring and the tension and fear that arise when players encounter enemies in this setting. The game is a spiritual successor to Demon's Souls, which in turn is considered a spiritual successor to the King's Field games. The game takes place in an open world environment and uses a third-person perspective. The player battles using various weapons and strategies to survive in a dark fantasy world. Online features allow players to share the play experience without need for direct communication.

With respect to Demon's Souls, there are more weapons, spells, and new classes. Before release, it was also said to be "significantly harder", with more enemies and more difficult encounters. It includes leaving messages to other players, seeing others' deaths, and player versus player (as well as a new co-op system); similar to the now-discontinued online functions in Demon's Souls. The items the player uses in these games are significantly different.

Dark Souls: Prepare to Die Edition is the PC release, as well as the PS3 and Xbox 360 re-release, of Dark Souls.

The remaster includes the Artorias of the Abyss expansion and improved graphics, lightning, shading, and sound effects and runs at 60 frames per second on both consoles and PC.[6] The multiplayer component received dedicated servers for all four platforms, with up to 6 players. [7]

Dark Souls received critical acclaim, earning an 89 on Metacritic. IGN gave the game a 9/10,[10] whilst GameSpot gave the game a 9.5/10.[11] Many players had divided opinions, saying that the game was too hard, too boring, and uninteresting; others claimed Dark Souls to be one of the best RPGs of all time.

David Houghton from Gamesradar rated it as the greatest game of all time out of 100 games.[12]

Sequels and other media[] 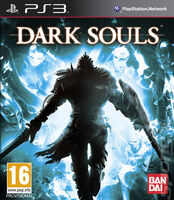 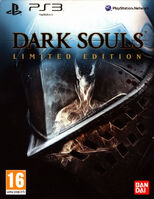 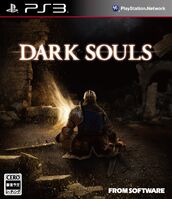 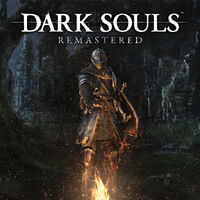