The Crypt Blacksword is an ultra greatsword in Dark Souls II.

Ultra greatsword symbolizing guardianship over the Undead Crypt. The sword has never seen the light of day, and is steeped in dark.

Acquired from Weaponsmith Ornifex in exchange for Old Dead One Soul and 10,000 souls.

This is a very interesting Ultra Greatsword, and easily stands out for a variety of different reasons, for instance, rather than swinging like other Ultra Greatswords, the Crypt Blacksword possesses a Greataxe's moveset, and it deals a very large amount of Dark damage, as well as having a superior scaling in said element. It is also amongst the weapons that deal the most Poise damage, at a value of 60.

Upgrades on this weapon will only raise its damage value, and it will raise its D in Strength up to a C, which will only provide a very minute damage increase. However, should a player have good values of Faith and Intelligence, it is suggested that they infuse this weapon with Dark, as it will instead turn the A value of Dark into S. This is an outstanding upgrade as it will vastly increase the Dark damage by a considerable amount, turning this weapon into almost a Dark damage version of the Moonlight Greatsword. This is useful because should an enemy block a player's attack with a shield that has little to no Dark resistance, then most of the damage dealt will go through it and damage the enemy. Using either the Resonant Weapon or Dark Weapon Hex is also a very good idea in order to further boost the Dark damage. 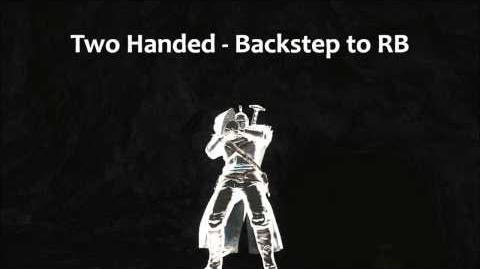