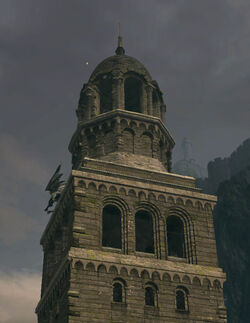 "Well, since you're here... Let me help you out. There are actually two Bells of Awakening. One's up above, in the Undead Church. The other is far, far below, in the ruins at the base of Blighttown. Ring them both, and something happens... Brilliant, right?"
— Crestfallen Warrior

The Bells of Awakening are early plot destinations in Dark Souls.

The Bells of Awakening are hinted at being the first destination of the Chosen Undead and, when rung, the fate of the undead shall be known. Upon arriving in Firelink Shrine, the Crestfallen Warrior informs the player that there are, in fact, two Bells of Awakening. One up above and one far below. This is essentially all the instruction and plot that is revealed upon arrival in Lordran.

One of the Bells is located in the Undead Parish, up above from Firelink Shrine. After dispatching the Bell Gargoyles, the Chosen Undead is able to climb to the top of the Church Belltower and ring the Bell of Awakening.

The other Bell is significantly harder to reach. The Chosen Undead must first head downward and find their way into Blighttown, a multileveled and dangerous labyrinth. At the very bottom of Blighttown, the player will traverse a poison swamp leading to a half-demon's lair known as Quelaag's Domain. It is here that the player must defeat Chaos Witch Quelaag in order to progress to the Bell of Awakening.

Upon ringing the second Bell, a short cutscene plays showing the gatekeeper Giant hearing the call and pulling the chains to lift up the portcullis, bearing passage to Sen's Fortress. It is at this point that Kingseeker Frampt appears in Firelink Shrine, and instructs the player that his new task is to secure the Lordvessel, proving that the player is in fact, the Chosen Undead. 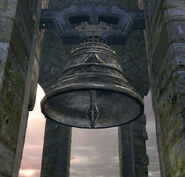 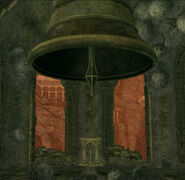