Start a Wiki
watch 01:12
'Dark Souls' Lore: Bell Gargoyles
Do you like this video?

The Bell Gargoyles are a pair of bosses and also a mini-boss in Dark Souls.

On top of the church in the Undead Parish, reached by passing through the room full of hollows and a Channeler, before climbing two ladders and finally entering the fog gate. They are also found in Anor Londo as mini-bosses- exit the first bonfire, go straight on and down the lift, and a gargoyle will be straight ahead. The second is beyond the rotating staircase-bridge.

As a human, it is possible to have Solaire of Astora and/or Knight Lautrec of Carim assist during this battle, although Lautrec must be freed and spoken to in Firelink Shrine first. Their summon signs are found just before the white light leading to the Gargoyles. Summoning both knights and simply mobbing each Gargoyle can lead to a quick and relatively painless victory.

The fight begins with the constant danger of falling off (target-locking, coupled with the camera angle and narrow field of view, can make it hard to see where the main character's feet are) and facing off against a single gargoyle on top of the church roof. Trying to circle the gargoyle while holding up a shield is a good way to avoid its long-reaching frontal attacks. If the gargoyle takes off, move away or get ready to dodge its plunging attack.

Players having difficulty managing their positioning against the two gargoyles should save any consumables (ex., Fire Bombs) until the first gargoyle's health is approaching 50%, and then use them to finish it off quickly, before the second one starts attacking. The use of Gold Pine Resin and other weapon enhancements can also make this fight easier.

Both Gargoyles wield halberds and can breathe fire, although the first gargoyle usually will only breathe fire after the second one jumps down. A fire-resistant shield such as the Black Knight Shield (and, optionally, fire-resistant armor) can be very useful, as the fire breath covers a wide area. While breathing fire, the gargoyles won't move, making it the perfect opportunity to run over and hit them from behind (this makes avoiding or blocking the fire doubly important, as its stagger effect will consume precious seconds, limiting the time available to attack the gargoyles). In addition, the first gargoyle's tail can be severed to gain a weapon (Gargoyle Tail Axe).

The two Gargoyles fought in Anor Londo breathe lightning rather than fire, so a lightning-resistant shield will prove beneficial. A strategy for the second gargoyle is for the player to run to the bottom of the rotating staircase before activating the lever, where the gargoyle (on a ledge above) will be unable to reach them. However, this means it must then be defeated with ranged attacks.

More commonly used after the appearance of the second gargoyle.

Only used after the appearance of the second gargoyle, but can only be performed by the original gargoyle.

* Guaranteed drop from the last Gargoyle in Anor Londo if not already obtained. 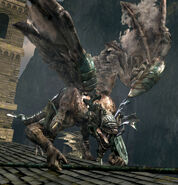 Landing on the church roof

About to breath fire 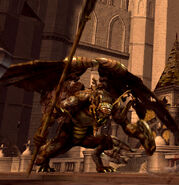 Attacking
Add a photo to this gallery 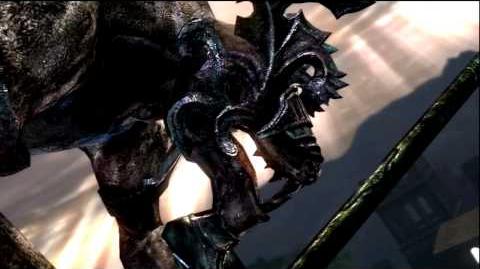 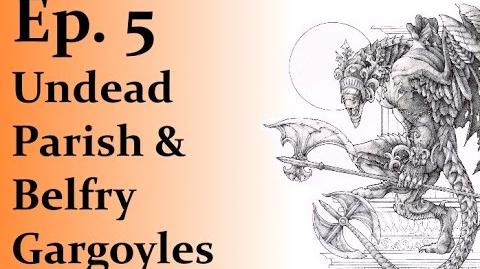 Retrieved from "https://darksouls.fandom.com/wiki/Bell_Gargoyles?oldid=320536"
Community content is available under CC-BY-SA unless otherwise noted.