Start a Wiki
watch 07:34
'Dark Souls II' - 7. Belfry Gargoyles perfect battle
Do you like this video?

from KurroNoTenno
For the Dark Souls variant, see Bell Gargoyles.

The Belfry Gargoyles are an optional boss in Dark Souls II.

The Belfry Gargoyles are located in Belfry Luna. One must use extra caution in the short area before the boss, as this is where Bell Keeper covenant players will be randomly summoned to harass and impede the player from pulling the lever atop the tower to gain access to the boss room.

In Scholar of the First Sin edition, there is also one Belfry Gargoyle on the rooftop of Drangleic Castle, where an Alonne Knight Captain is encountered. Another is found in one of the side rooms in Aldia's Keep.

These gargoyles are similar in appearance to the Bell Gargoyles from Dark Souls and even share the same battle music. They wield large bidents.

Two gargoyles are present at the start of the battle. One is on a pedestal to the immediate left upon entering the boss area, while the other is on the right, further away from the player. Distance should be put between the Gargoyles and the player, as this will allow the player to use magic and ranged weapons. The Gargoyles can slash, stab, lunge, and breathe fire at the player. If the player chooses to use ranged weaponry, then all Gargoyles should be within view at all times and the player should exploit the Gargoyles openings whenever they present themselves. Since they can only face one direction and are completely still while breathing fire, it is one of the best times to attack them. The gargoyles are vulnerable to lightning damage.

The Gargoyles have individual health bars, but share the boss health bar. Additional Gargoyles will join the combat as the individual gargoyles' health bars are depleted. Therefore, it's in the player's best interest to focus on one Gargoyle at the time and not attack others even if an opportunity presents itself, as it is very likely to cause additional Gargoyles to join the fight, up to a maximum of five. For the same reason extreme care should be taken if using any area of effect damage weapons, spells or items. If attacking one Gargoyle at a time, the player will only face a maximum of three Gargoyles at once during the entire battle, and the third one will join the fight while one of the current pair is already damaged.

A useful strategy is to poison a Gargoyle and once it takes effect, finish it off normally. This is easiest to do with pyromancies such as Toxic Mist as they can affect multiple gargoyles if they are close together.

Attacking an inactive gargoyle before it is supposed to spawn will instantly activate it. It is possible to fight all five gargoyles at once which can make the battle almost impossible unless the player is skilled enough.

Combo Strikes: Swings their halberds 3 times in a row 2 doing horizontal slashes and the 3rd performs an overhead strike.

Flank: Flies into the air and lands behind the player and follows it up with a lunge.

Flame breath: Shoots out a fire breath from their mouth, comes in two forms. One where it is a straight line of fire and the other is a broad sweep of fire.

Aerial Flame: Flies into the air and shoots out a fire breath in a wide arc

Thunderstorm: The halberd is imbued in electricity, then holds it up in the air and fires off several lightning bolts around the caster.

Fighting the Belfry Gargoyles
Add a photo to this gallery

Dark Souls 2 - How to Beat the Belfry Gargoyle Boss 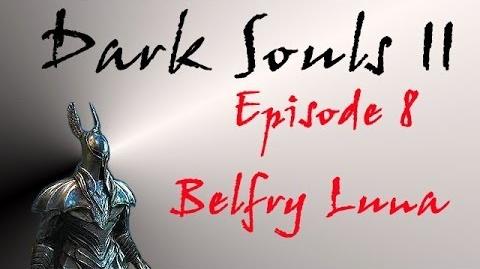 Retrieved from "https://darksouls.fandom.com/wiki/Belfry_Gargoyles?oldid=317697"
Community content is available under CC-BY-SA unless otherwise noted.