Baby Skeletons are located in the Tomb of the Giants, in the area with Pinwheel Servants, that leads to Gravelord Nito's Tomb.

Baby Skeletons cause Toxic build-up and tend to attack in groups. Unlike most enemies, Baby Skeletons can infinitely respawn out of the flooded ground, regardless of whether the player has rested at a bonfire or not. Given their high humanity drop rate, this trait makes them good candidates for farming humanity. Furthermore, their AI combined with their small size and slow speed causes them to run into walls and group up, making farming easy. However, their drops usually vanish extremely quickly, making it paramount to pick them up immediately after killing them. They only seem to spawn while the player is inside the water or very close to it, right next to him.

Baby Skeleton humanity farming
Add a photo to this gallery 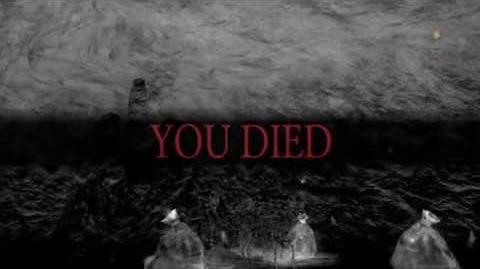 Baby Skeleton beat down
Add a photo to this gallery
Retrieved from "https://darksouls.fandom.com/wiki/Baby_Skeleton?oldid=304444"
Community content is available under CC-BY-SA unless otherwise noted.