Restores lost FP upon use (reusable).

The Ashen Estus Flask is a consumable item in Dark Souls III.

Fill with Estus at bonfires, and drink to restore FP.

Quite befitting of an Unkindled, an Ashen Estus Flask turns a bonfire's heat cold.

Found at the beginning of the game in the Cemetery of Ash, on a corpse lying on the remains of the central fountain.

The amount of FP restored per use via upgrading with Undead Bone Shards is as follows: 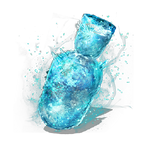 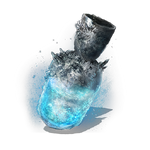 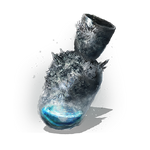 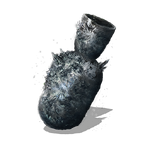 Retrieved from "https://darksouls.fandom.com/wiki/Ashen_Estus_Flask?oldid=309553"
Community content is available under CC-BY-SA unless otherwise noted.