Not to be confused with Lothric Wyvern or Ancient Dragon.

The Ancient Wyvern is a boss, and later a miniboss, in Dark Souls III.

Two are found in Archdragon Peak:

The Ancient Wyvern presents a rather unique fight in that the player has the option to fight it by conventional means, or navigate the area to reach a location above it and perform a plunging attack that instantly slays the creature. Upon triggering the wyvern's entrance, the player should sprint underneath it and head left, reaching some ruins inhabited by several Man Serpents. It is important not to delay long in this area, as the boss will use its flame breath to incinerate anything inside. Once the player reaches a stone bridge, the fire cannot reach them, although a new threat presents itself in the form of a Giant Man Serpent with a retractable axe. It is strongly advised to lure this enemy back over the bridge before dashing past or engaging in combat.

Upon reaching the wooden platforms behind the stone bridge, the wyvern will start breathing fire along the walkways. The player should take cover until the flames cease and immediately drop to the platform directly above the boss. From here, they can perform a plunging attack to instantly kill the monster; this is not without risk, however, as missing the hit will result in falling to their death. As the boss will stop moving and no longer attack the player once they are above it, a safer but longer method is to eliminate it with ranged weapons.

Alternatively, if the player does not wish to run the gauntlet, they can fight the wyvern in regular combat. It is recommended to stay under the boss to avoid its flame breath, although it will constantly attempt to crush them with its feet. Due to the wyvern's high vitality, it is recommended to attack its neck, head, and wings to inflict more damage. 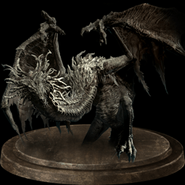 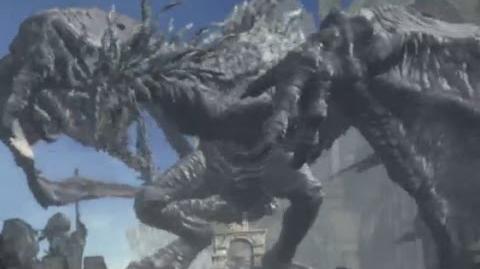 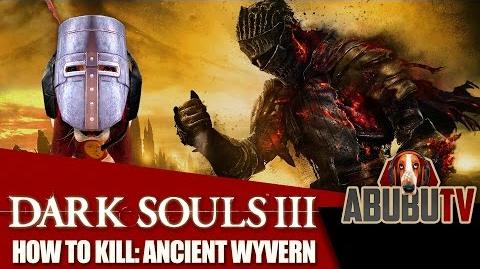 Dark Souls III How to kill the Ancient Wyvern