What's on your mind?

So, like the title says, I’m new to the series. I started with the third game, read up a little on the lore prior to buying during the current Xbox sale. I chose to be a Cleric as my first character, but I wanted to see if anyone had any advice for me. I’ve beaten the second boss already and am currently in the Undead Village. Currently going for a healer/tank build. 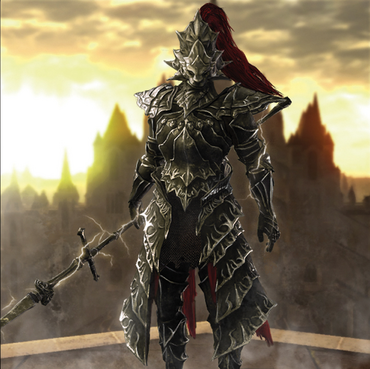 Been having a craving to do a Claws build,(maybe named Claudia or Clawdia) which of the three games you guys think would be best for it?

The Elden Ring bosses have been among the most divisive aspects of the game, for multiple reasons, most notably in how the sense of challenge is achieved. I'd argue that, most of the time, the bosses are very much fair and entertaining, and that the main issue is that the developers did not do a good enough job of telegraphing their design changes from Dark Souls - both in the options available to the player and the boss design itself - that makes these bosses go from questionable to great.

I'm hoping this will be of some help to some of you, though it will be a LOOOOONG read (I really tried to keep it more concise, but I personally found it impossible), so strap yourself in if you're willing to go through with it. Also, by bosses, I'm referring to Great Enemies and Legends; I count Enemies Felled as minibosses.

My best piece of advice is, simply and oddly comprehensively at the same time, to stop trying treat the bosses as if you were in Dark Souls 3. You're not going to have as good a time with them if you do that, if at all. Boss battles in DS3 have often been described as dances, where you and the enemy attack each other in reaction to what the other did. I'd sooner call it a match of offense tennis, but let's go with "dance". However, in Elden Ring, they're closer to a brawl. There's still a fairly strong "dance" element to them that is applicable, but it's not enough to offer a good time if you lean on that alone.

What I mean by that is that you need to more actively seek out openings and weaknesses in the bosses' attack patterns, rather than treating it as a kind of real-time turn-based combat system. This is achievable through three different elements (plus one partly outside of your control): MOBILITY, POSITIONING, and RISK-TAKING. Positioning is the most important part in making these bosses a more fair and, thus, fun experience, and its viability is achieved thanks to the other element of mobility and the equally important manner in which the boss AI functions in ER.

Your mobility options include running, jumping, and simple strafing (also rolling, but that is an option everybody already understands and uses), and which ones you use is dependant on which boss you're fighting and which move or combo they're currently using, leading naturally into boss AI, which functions quite differently than in Souls. Bosses have follow-ups to combos if the player is standing relative to them in a certain position, which can make them seem as though their combos are endless, aggressive play is unviable, and there's nothing the player can do about it.

Except the player can. Like I said, the boss will do these follow-ups IF the player is in a certain position next to them during or at the end of a combo, and if they try to attack while in that position. It's up to the player to use the necessary mobility options to position themselves in a way where the boss can't follow up and leave themselves open to being damaged.

For example, Margit - whom I'll be using a lot as he's an excellent example - has an attack where he will stab his staff forward and leave his unused hand high and open in the air, as if about to grab something. That is exactly what will happen if the player dodges forward into him and attacks immediately, creating a holy knife too fast to be reacted to. One way that can be avoided is if the player already starts moving towards Margit's left as he's winding up. Then, when the player rolls forward, they'll find themselves facing Margit's back, free to attack because the position does not allow Margit to follow up with the knife attack.

Intentionally making bosses use certain follow-ups is actually an excellent way of actively creating openings too. Maliketh might be the best example of this. He has an attack where he jumps and pogos onto his sword, with two follow ups depending on your position. If you're right next to him, to his sides, or behind him, there'll be an explosion and Maliketh flipping backwards. If you're a few feet or more in front of him, he'll flip forwards and do Destined Death. Both are highly exploitable, with the latter also being a good example of risk-taking as it's more dangerous but rewards you with a longer opening if you successfully dodge.

There are a lot delayed attacks in this game, which is where the risk-taking aspect comes in. A lot of Margit's attack are delayed enough that faster weapons can land a hit in between the attacks in a combo, some so delayed that even a colossal weapon can do it. Morgott has the sword rain which leaves him ridiculously open for those willing to risk it. Also Godfrey/Hoarah Lux's mid-phase shifts, Radagon's signature triple hammer strike or grab attack, and more. Colossal weapon users can't use all this to their advantage as well as faster weapons, but they can still use positioning to make openings due to a certain quirk in boss design that From implemented:

Most delayed, or even non-delayed, attacks do not track the player as well as they used to in the previous games.

I cannot stress how important this is in making positioning not only viable, but damn-near mandatory for more aggressive play, especially when using colossal weapons; so much so that simple strafing and running are invaluable tools in your arsenal. Margit has an attack where he raises his staff and grabs the other end with his left hand, holding the weapon before releasing it in a sudden snap attack. Did you know that you can literally just walk around him to his back and start attacking while he's still winding up and releasing, completely missing you in the process?

He also has an attack where he jumps in to the air and then stabs the staff into the ground in a Maliketh-like pogo. Did you know that you can avoid it by just taking a few steps forward, making him land behind you and leaving him almost embarrassingly open to being damaged?

Speaking of Maliketh, did you know that dodging his aforementioned pogo to Destined Death attack up can be avoided by just running forward a few steps, letting you start winding up an attack even before he lands?

I hope I've made it clear just how much all the elements of positioning, mobility, and risk-taking help in making bosses a better experience. There are a few more tips, ones that also include the aforementioned elements, but I'll be much more brief, which I imagine will make most of you happy.

There are a few attacks where the best rewards are reaped by using all three elements, such as Radahn's double-rock-throw-into-shockwave (dodge the rocks, jump towards him and over the shockwave, landing a jumping light or heavy; also an unparalleled moment of pure badassery and player expression via mechanics), or Mohg's hand-explosion-into-spear-swipe (literally just strafe in the same direction as the oncoming explosion and it will shoot past you, and the following spear attack will also literally just go over you head).

Jumping is an excellent way of simultaneously dodging and attacking. Godfrey and Godrick's earth-shakers are the best examples, but Margit and Godskin Noble's tail swipes when you're behind them or Radagon's holy stomp when changing phases are also good opportunities for such play.

There are attacks bosses use that can be dodged with a precise roll regardless of the direction. However, rolling in a certain direction can let you punish the boss where others can't. Maliketh has another pogo-like attack where he'll stab his sword into the ground followed up by a ground AOE. Dodging backwards twice is fully viable to avoid damage, but dodging backwards (sword stab) and then forwards towards him (AOE) can let you attack as he's recovering. You can also jump over it and attack, which is another example of using jumps to your advantage.

I know this was long and I'm REALLY sorry for all of you who stuck around to the end, but also I really hope this helps any of you who are struggling or just want to find more of the fun in the Elden Ring bosses. I haven't used too many examples, but I hope the ones I did use will encourage you to experiment a little and find your own ways.

So I just got started for my first ever souls game, but not the first in the genre that would be salt and sanctuary. And I’m learning about some weapons, went threw the pain of blighttown, and got my ass kicked in anor londo, and I learned about grant and I want to get it so I’m asking what would be the best upgrade path for it. Also I’m mainly only a pve player, because o have it on the switch and I don’t have a subscription.

Is just me or, like, almost all challenge runs are just boring in Elden Ring?

Like, in previous games you have to face adversities for the sake of the challenge, or just cheese what you cannot defeat in what I can see as one of the best aspect of DS challenge runs, aka how they are both a test of player skill or system knowledge.

But with Elden Ring?

It feels more like a gather to all the best equipment and level to just demolish the game.

I mean, the game is good, but this is a problem even with NG+ or new savefiles, the run will just be a rush for the best equipment ASAP without the sense of exploration or surprise that the first run will offer, kinda depressing tbh...

Feel free to include ashes or war on or instead of weapons.

My favorites in DS3 are Lothric Knight Greatsword, Crow Quills, and Flamberge.

I'm kind of disappointed in Greatswords and Colossal swords in ER. The Zweihander is basically the only Ultra with a good R2.

I'm trying to make a Darknut from Zelda, and I'm kind of lost on what weapons/armor would be best. Just wanted to see if anyone had any thoughts or ideas. 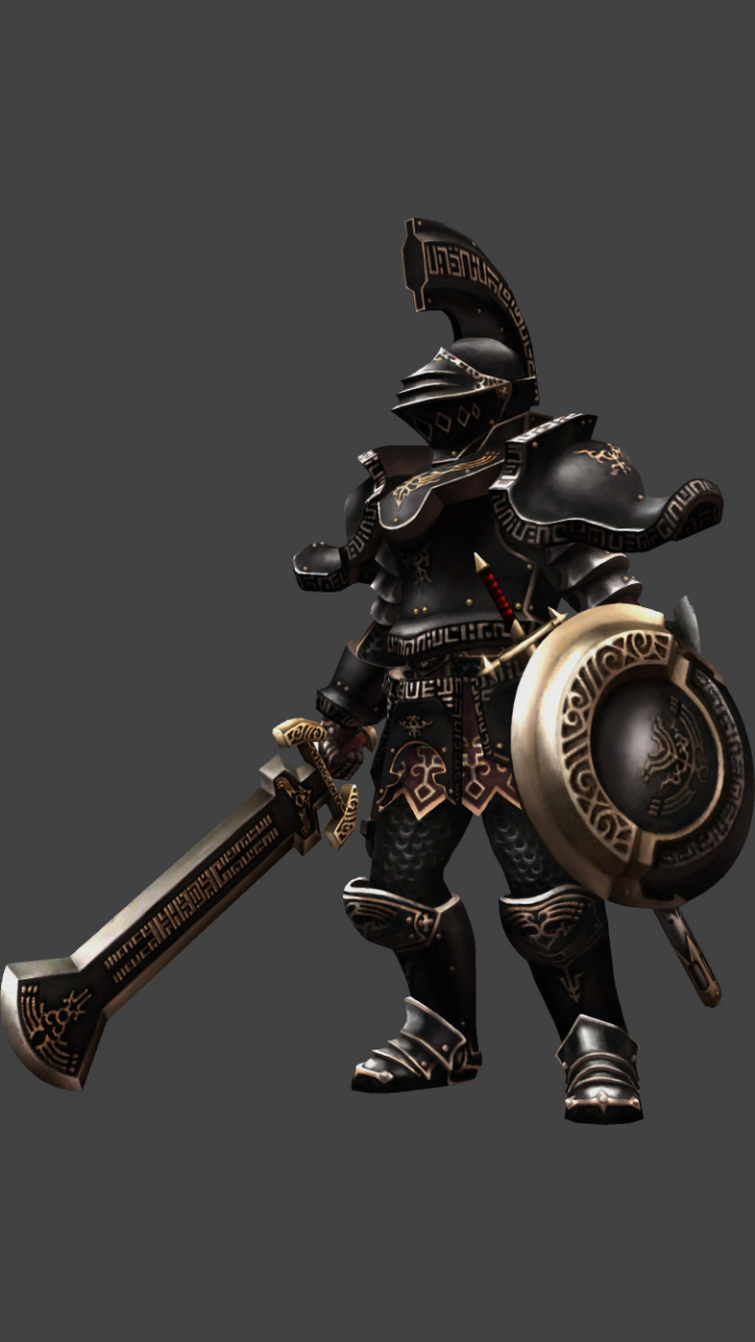 Not really related to dark souls but when will there be a Official elden ring wiki on mobile?

So.. I reached the Gargoyle boss battle and tried using the sign soap that solaire gave to me to summon him

Yet it doesnt seem to work

Am I missing something?

Yes!
No (This choice has been fact-checked as: FALSE)

Sup, sorry I am late, I was a bit busy

Anyways here is the crystal lizard as promised 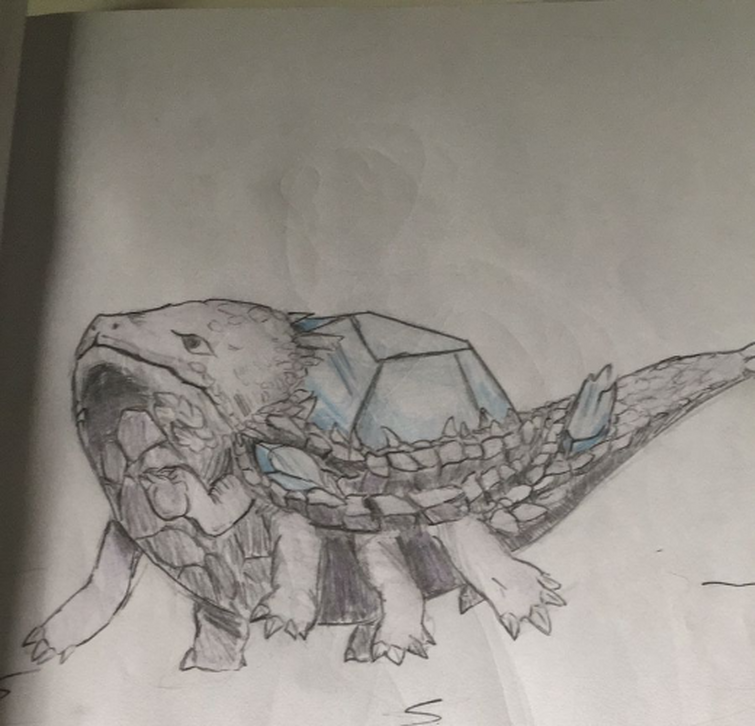 And dang was he thick 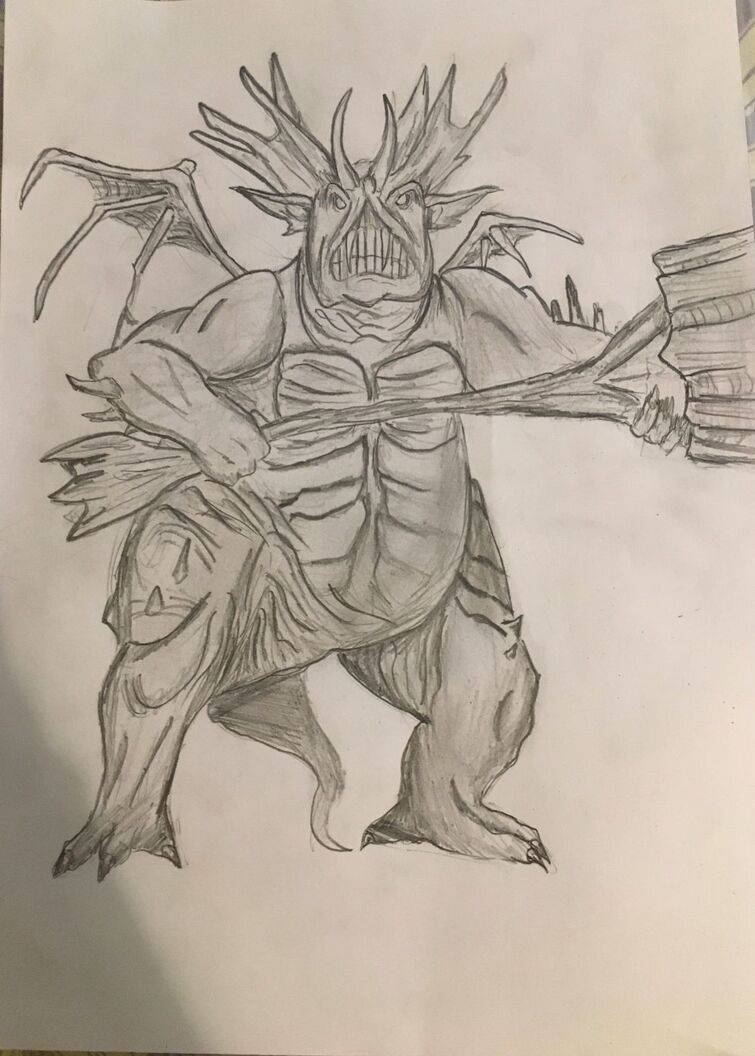